The Martins - The historical significance of Seclusions.

In 1855 the first Martins migrated to Australia from Ireland, Peter & Bridget along with their 8 children aboard the EBBE BRAHE.

It is told that the family settled in the areas of Hartley & Bathurst, admist this time purchased 40 acres of land for 40 pounds which is today known as Seclusions, though did not settle on this land.

It is believed that in 1868 the first hut was built on the land by John, the son of Peter. They started a family which exceeded to 12 children where they added two more huts either side of this building for a bedroom and kitchen. This space today is now used as the parents room and disabled bathroom. The kitchen chimney still stands today and is often a photo opportunity location for couples.

In the 1880's the land was then purchased by Michael Martin, the son of John, under the name Lithgow Supply Co and during these years the property was named Fairview, though has had many other names over the years such as (Martins, Arabon, Highlands House, Fairview & Seclusions).

John went on to build a larger home for is growing family and adjusted to ways of living off his land. He installed a bakers oven which helped not only feed his family but sold to the locals. The building today, fondly known as "The Bakery" was lovingly restored around 10 years ago to become the space it is today for weddings.

This remarkable property founded by Peter & Bridget has evolved through the Goldrush where goldminers where hearding west on the Great Western Road which passed through Rydal and was a relative boom in its time. The Martins have focussed on the commerical aspect this land provided their families and therefore were butchers, bakers and orchadists, before selling up and moving on to 1959 to Lithgow. There is remnince of old machinery, original fruit trees and buildings on the grounds today that we take great pride is sharing the story of.

Four generations of the Martin family are associated with this property for around a century and has since evolved into the hospitaity & tourism industry that it is today for you all to enjoy with the log cabins being built in the early 1990's and the addition of the wedding venue in 2014.

Seclusions through the ages 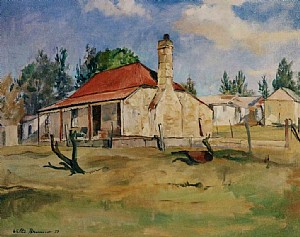 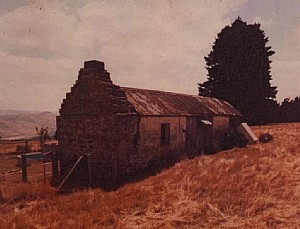 The original hut from the 1880's, now over a century old. 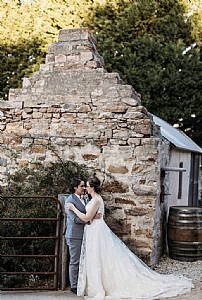 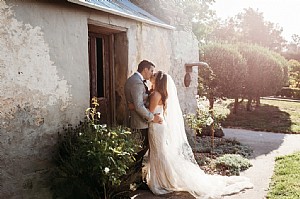